NELUMBOX – the awards winner. Use Case from LILA Labs session

Posted on October 30, 2015 by Angela Ivanova in Uncategorized | Leave a comment 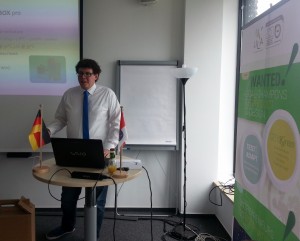 NELUMBOX pro is a cold chain solution with only battery-operated long-term controlled temperature device, which is one of its unique features. NELUMBOX is patented technology and is created by Martin Voigt – an entrepreneur from Darmstadt (Germany). Based on this technology, he developed four different types of solutions for four different use cases: personal medication and traveling, for baby care, for professional use and leisure. Martin Voigt still do not have his own company but all his products are ready for testing by different users.

The General Manager of INI-Novation GmbH Wolfgang Kniejski met Martin Voigt on one of the seminars, organized by INI-Novation about IPR management. After the seminar, they had long conversation about the market and different ways for market entrance. Both agreed that the users’ needs and preferences are important for the market entrance strategy. For this reason, Martin Voigt was introduced to the process of LILA Labs. It was decided a LILA lab to be organized during a special pitching competition “UNCAP 2015 INNOVATION AWARDS”. It was good opportunity for Martin, because he could easily receive feedback from people working in hospices, care homes and from frequent travellers. 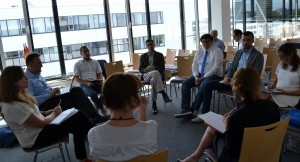 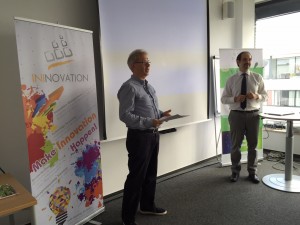 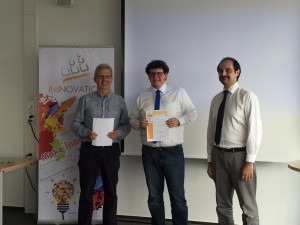 The inclusion of a LILA lab session during another event with the same-targeted focus groups was helpful in two directions: Martin Voigt discussed issues of NELUMBOX with highly competent people in the Health Care and Home Care sector; and secondly, the responsible people from the Innovation Management Teamof UNCAP had the opportunity to know in details the new invention.

As a result, NELUMBOX won the second place in the “UNCAP 2015 INNOVATION AWARD“ competition. Martin Voigt was invited as an associated partner in the UNCAP EU project which means that he could test in a real field his invention. He also was invited to participate in Nottingham in the UNCAP conference on eCare and to exhibit his technology.

Next steps are preparation to take NELUMBOX to the international market and again the first step will be LILA lab, organized by our LILA partners in France and England.