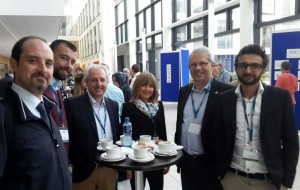 The UNCAP project has attended the OGC Health Summit in Dublin on the 21st of June, 2016, with presentations and a showcase, which has been held after the summit, presenting the various UNCAP technologies.

Also, the annual UNCAP Challenge has been held, and this year it has been awarded to the Italian startup company Chino.io.

UNCAP Consortium on a Meeting in Lund 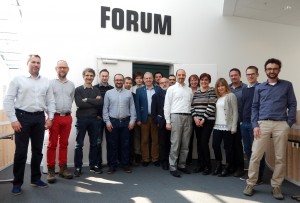 May 2016 started inspiring with a Nordic flair. The UNCAP Consortium gathered in Lund (Sweden) for a two days project meeting. The meeting was important for all technical partners because of the finalization of the UNCAP Box prototype. Even more, the IPR issues were coming into the agenda.

INI-Novation is the responsible partner for the market take-up of the project’s results but also for providing solutions in the area of IPR and licensing.

The kick-off meeting of the giCASES project was held in Genova last 26-27 January 2016. The event was attended by all the members of the Consortium. giCASES has officially started on January 1, 2016, with an expected life of 36 months and ending 31 December 2018.

The wider objectives of this projects are:

These objectives are addressed by developing new, innovative and multidisciplinary approaches to teaching and learning within the Geographic Information (GI) sector, and facilitating the exchange, flow and co-creation of knowledge. 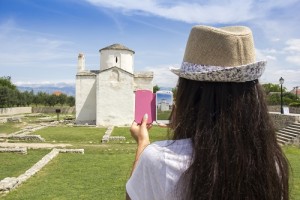 A young girl by cell phone photographed of The smallest cathedral in the world, church of the Holy cross, Nin, Croatia

Being successful in cultural tourism needs training for cultural workers, tourism experts, business developers and representatives of public authorities. In urban areas there already are numerous examples for successful cooperation, but good practice in rural areas is rather rare. Specifically, training is needed in professionally using social media and online marketing of tourism services. Identifying the actual training needs is one of the objectives of EUROPETOUR and developing a detailed training program accordingly. EUROPETOUR will be implemented until 2018 in eight European regions, supported by the European ERASMUS+ programme.

The market uptake of UNCAP was kicked off in Darmstadt 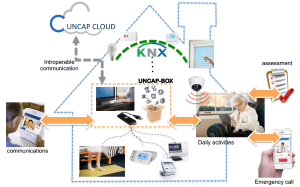 On July 28th, 2015, representatives of different innovation management organisations from all over Europe met in Darmstadt, Germany, to kick off the commercial exploitation of UNCAP.

UNCAP is the abbreviation of “Ubiquitous Interoperable Care for Ageing People”. It is a pilot-centric innovation action, driven by several high-tech SMEs with support from few research centres.

The UNCAP Innovation Management Team was constituted in Darmstadt 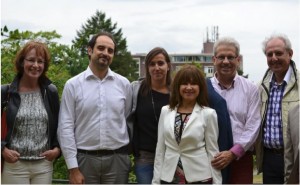 The INNOVATION MANANGEMENT TEAM is recruited by representatives from scientific organisations, innovative SMEs, and a diverse group of eCare stakeholders, such as potential investors or health insurance organisations. In its constitutional meeting the IMT accepted unanimously its “Rules of Procedure” and appointed Dr. h.c. Wolfgang Kniejski (EIT Digital) as its Chairman and Prof. Panagiotis D. Bamidis (Aristotle University of Thessaloniki) as its Vice Chairman.